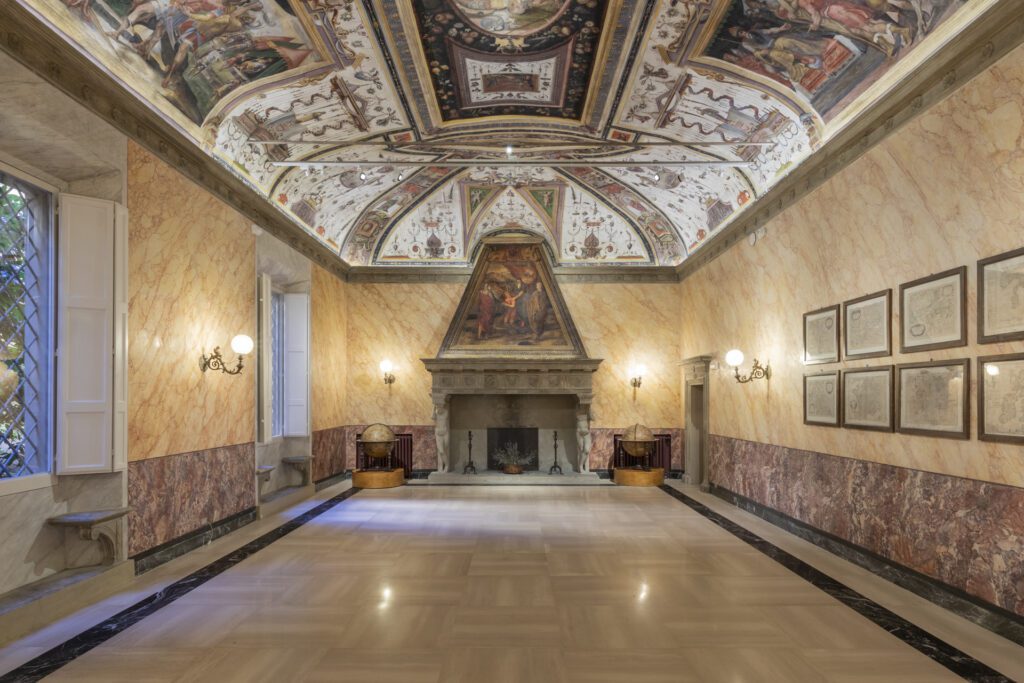 In the historic center of Bologna, a few hundred meters from Piazza Maggiore and the Two Towers, yes find a noble palace built in the mid-16th century to house a pope. Palazzo Boncompagni (now Benelli) is located in Via del Monte 8, and is one of the most beautiful examples of the Bolognese Renaissance.

In the lasts tempo is establishing itself as a venue for important exhibitions and cultural events and, thanks to the commitment of Pizzighini Benelli family, owner of the Palazzo since the end of the 19th century, is experiencing a period of intense studies which every day they bring to light new elements that enrich the story of Bologna and its history.
Completely restored in 2014, Palazzo Boncompagni is considered as the palace of the Pope who revolutionized time. In fact, Pope Gregory XIII was the inventor of the Gregorian calendar that still today world adopts, and now his prestigious home has also become a location for events in Bologna.

Crossing the threshold of the Palace, on the right, the visitor encounters a first representative room, the Hall of Papal audiences. It is a large hall with frescoes covering the vault and the upper part of the walls, creating a sort of sixteenth-century stage able to impress visitors with a story well-known and edifying, as was the custom at the time. The Loggia which leads from the entrance to the spiral staircase by Vignola is crowned by three sustained arches by precious finely decorated columns, beyond which you can admire a majestic magnolia. Upstairs in correspondence with the Loggia there are various and precious frescoes that cover the walls of the main floor, where there is also a precious picture gallery.

Palazzo Boncompagni is therefore a truly unique place in which to organize events; in fact, the wonderful ‘Sala del Papa’, and the precious loggia, can be dedicated to special and exclusive events such as conventions, conferences, corporate dinners, private parties. An absolutely magical context in which to live a totally personalized experience with attention to the smallest details.

The best contacts for floral arrangements will be made available, the catering, lighting and audio setup. Every request will be fulfilled and the various events welcomed within this exclusive location will be connected by a brand attitude that binds Palazzo Boncompagni to its guests: time, becoming, the change.

Palazzo Boncompagni will be a place of rebirth for everyone. 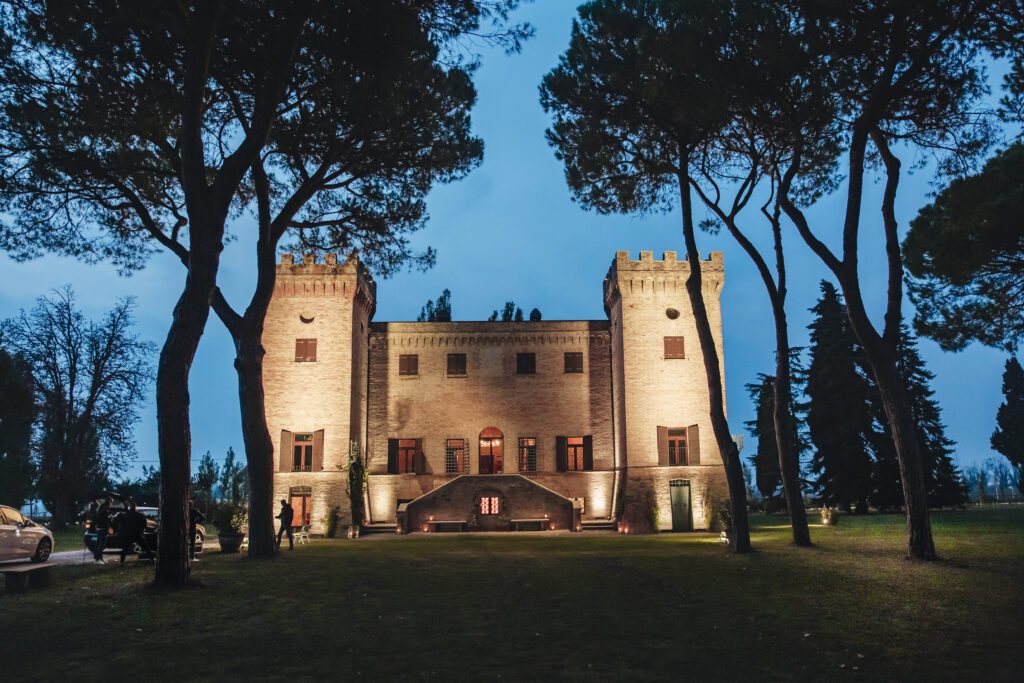 In the countryside of Bordonchio, in Bellaria Igea Marina, stands Castello Benelli, built at the behest of Count Pietro Spina in the nineteenth century, tracing the foundations of an ancient medieval castle approximately from XI century. It is located in a strategic position, a few km from the motorway and a few steps from the sea.

The house was purchased in 1917 by the Benelli family, who kept it and carried on the great one restoration in recent years, and still today it appears to be a fascinating location not only for the architecture, but also for the green of the maritime pines that surround it, which in a not too distant time
extended from the countryside to the sea.

The original 19th-century village includes, in addition to the Castle and its large park, the evocative Stables with a romantic portico, which takes the visitor back to ancient times, and an outbuilding, the “Casa del Castello”, where it is possible to stay. Framed by wisteria and furnished in full country chic style, it can accommodate up to six people, to provide a holistic experience. The Borgo is also immersed in a thriving still active farm, which produces wheat, sunflower, corn and green beans. Bellaria owes its name to the sea breeze that continues to blow even on the hottest days, and for this location is also ideal for organizing outdoor events.

The exterior of the Castle is in fact perfect for open-air events and has a great scenographic impact in a harmonious historical-artistic context
with the natural context. It is possible to set up part of the event also inside, in fact the internal rooms have all been frescoed in a different way and recently restored both in the ceilings and in the walls: from the Torre dei Leoni to the Salone dei Gigli, is a continuous discovery.

If you are looking for a post-industrial atmosphere instead, agricultural warehouses are also available,
which can be used both as an external and internal location for impactful installations.
Castello Benelli is the place where history meets poetry.

Available to be booked also via Nest Italy

Rooms in a Cozy Guest House

Book Your Room or the Entire Property

No products in the cart.